Skip to main content
Disclaimer: The boundaries and names shown and the designations used on this map do not imply official endorsement or acceptance by the International Organization for Migration.
Data represent minimum estimates and locations are approximate. The figures for 2021 were last updated on 17 Oct 2021.
10,721
Missing Migrants
Recorded in
Africa
(since 2014)

Migration trends in Africa are diverse, with most migrants moving within the continent and even intra-regionally, such as in Western and Eastern Africa, where there are established protocols for freedom of movement of citizens. The information here focuses on mixed migration dynamics by sub-region and  routes that are known to be risky to people on the move, and thus relevant to the Missing Migrants Project.

Migration in Africa: context in brief 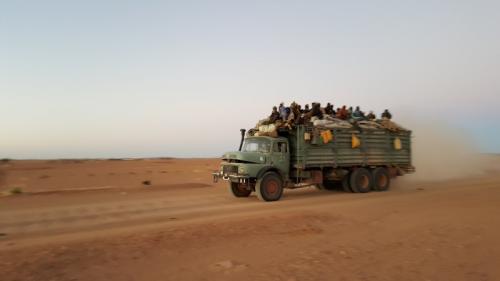 Migration trends in Africa are diverse, with most migrants moving within the continent and even intra-regionally, such as in Western and Eastern Africa, where there are established protocols for freedom of movement of citizens. The information here focuses on mixed migration dynamics by sub-region and  routes that are known to be risky to people on the move, and thus relevant to the Missing Migrants Project.

North Africa has long been a place of migratory origin, transit and destination. Morocco and Libya in particular have long been destinations for migrants seeking study opportunities, work or fleeing persecution; however, increased securitization of borders and political instability have led to increased irregular movements to and through these countries. Migrants who travel irregularly from Sub-Saharan African countries, many of whom are from West or East African nations, must make a lengthy crossing of the Sahara Desert. This journey is inherently dangerous due to the harsh environmental conditions and duration, but also in relation to border controls and smuggling practices. Taking remote overland routes to avoid detection, riding in overloaded vehicles, and generally putting one’s safety into the hands of smuggling facilitators and traffickers have become common place and necessary for people to make this journey. For information on irregular migration and missing migrants on routes from North Africa across the Mediterranean Sea, please click here.

International migration is more prevalent in Western Africa than in any other region on the continent, due, at least in part, to the free movement agreement between member countries of the Economic Community of West African States (ECOWAS). Movement within this region is largely unrestricted, meaning migrants can generally move freely in relative safety.  However, northern areas of Niger, Mali and Burkina Faso can be hazardous for due to the increased securitization of many border regions used for trans-Saharan migration. Migrants also use the Atlantic route to the Canary Islands from the coast of Western Africa and southern Morocco across a stretch of the Atlantic Ocean to reach Spain’s Canary Islands.

Irregular migration in East Africa is both intra- and extraregional. People migrating out of East Africa follow three main routes: via the overland and sea crossing from the Horn of Africa to Yemen and onward to the Kingdom of Saudi Arabia (often referred to within Eastern Africa as the “Eastern Route”), via the Sahara Desert to North Africa and in some eventually to Europe (the “Northern Route”), or on the “Southern Route” to South Africa. The use of smuggling facilitators on these routes is prevalent, and, more concerningly, kidnapping and human trafficking of migrants on route.

Irregular migration in these regions of Africa is not as well understood compared with others in the continent, with only a few data sources available about certain routes. One of the most well-documented is the “Southern Route” from East Africa to South Africa, Zambia, Malawi and Mozambique. This 4,000-kilometre route is characterized by harsh environmental and travelling conditions, with often non-existent access to basic services. This route, long used by migrants seeking work in South Africa, continues to be utilized due to significant refugee outflows from Eastern African countries, as well as intraregional flows linked to a lack of opportunities and civil unrest in Central and Southern Africa.

Overview of migrant deaths in Africa

Missing Migrants Project dataset has documented the deaths of more than 2,000 people transiting through the Sahara Desert since 2014, but many experts believe the number is far higher. The vast majority of recorded incidents involve the death of one or two people in remote areas. Thus, it is likely that other incidents go unrecorded and that that the deaths of many people in the Sahara Desert are unaccounted for in the data.

Migrants travelling irregularly through the Sahara Desert face risks linked to both the inherent danger of crossing this vast desert, as well as human-caused risks linked to regional insecurity and the irregular means by which people travel. The majority of recorded deaths on migration routes through the Sahara Desert are linked to the extreme heat and lack of shelter for migrants in irregular situations, including dehydration, starvation and exposure, as well as sickness and lack of access to health care, which is likely exacerbated by the extreme environment. Migrants also die as a result of vehicle accidents or if they are stranded while transiting across remote parts of the desert. A smaller proportion have died due to suffocation in the back of trucks with poor ventilation. Violence at the hands of smugglers, traffickers and border officials in the region also make up a significant proportion of deaths on migration routes recorded in the Sahara Desert.

Atlantic route to the Canary Islands

The overseas route from Western Africa and Morocco to the Spanish Canary Islands has been used by thousands of migrants since at least 1994. Deaths have been recorded each year since 1999 by journalists, advocacy groups, and, since 2014, the Missing Migrants Project. The route to the Canary Islands is extremely hazardous due in large part to the length of the overseas journey and lack of dedicated search-and-rescue capacity. The nearest crossing point in Morocco is approximately 95 km (59 mi) overseas, but the vast majority of departures on this route occur much farther away, for example from Dakhla (approx. 450 km or 275 mi) or Nouadhibou (approx. 775 km or 480 mi). These journeys can mean migrants are at sea for days to weeks, and boats are often insufficiently supplied with food and water for those onboard. The length of the journey, as well as the fact that many migrants are believed to have lost their lives due to starvation or dehydration while at sea, means that the hundreds of deaths documented en route to the Canary Islands is likely a vast undercount of the true number.

Horn of Africa to Yemen

Hundreds of thousands of migrants per year have travelled on the route from the Horn of Africa to Yemen and further to Saudi Arabia since at least the early 2000s. This route poses particular dangers to migrants on the sea crossing, either across the Gulf of Aden or Red Sea, where they are vulnerable to being shipwrecked or violently pushed back by authorities. Almost all the migrant deaths recorded in the Horn of Africa occur on this overseas route, with most reports based on media reports on incidents involving many deaths, or operational reports in areas where IOM has a monitoring presence. The instability in countries on both sides of the Gulf of Aden render such monitoring extremely difficult, and with the risk of shipwrecks with no survivors it is likely that many more people disappear on this migration route than are recorded.

Migrants who move on irregularly from East Africa to South Africa – primarily via Kenya, Tanzania, Zambia, Mozambique and Zimbabwe – also face significant risks. Missing Migrants Project data on deaths on the Southern route are based almost entirely on media reports involving large-scale tragedies, many of which involve deaths linked to the modes in which migrants are smuggled. Vehicle accidents, suffocation/asphyxiation in insufficiently ventilated trucks, or violence, as well as sickness and a lack of access to medicines and healthcare en route are common on journeys southward. Some deaths have also been documented in the Limpopo river at South Africa’s northern border where, in addition to the aforementioned risks, migrants also face drowning or being attacked by crocodiles and hippopotami. Migrant deaths have also been recorded in the Indian Ocean on the Southern route. Boats depart from Mombasa in Kenya and travel southwards along the coast of the United Republic of Tanzania, arriving in northern Mozambique.

Thousands of people have died on the migration route from the island nation of Comoros, off the coast of Mozambique, to the French Department of Mayotte. Comorians take “kwassa-kwassa”, small fishing boats to try to make the sea crossing of about 200 km, often at night. In 2012, a report from the French Senate estimated 7,000-10,000 people had died trying to cross from Comoros to Mayotte since 1995, but that this figure could be much higher.

Both the quality and coverage of data on migration in Africa is limited, and when it comes to documenting irregular migration, including migrant deaths and disappearances, the data collection challenges and gaps are immense. The challenges inherent to collecting data on missing migrants more generally are made even more complex when dealing with vast and unmonitored areas such as the Sahara Desert or the Atlantic Coast.

There are no official sources that publish data on migrant deaths or disappearances in the continent, and unlike other regions, the high number languages and low rates of digitalized media within Africa render collecting data from media reports very challenging. As such, Missing Migrants Project data in the region comes primarily from testimonies of migrants who witnessed deaths collected as part of survey initiatives, predominantly the Mixed Migration Centre’s Mixed Migration Monitoring Initiative (4mi). However, these surveys can only ever capture a small sample of the overall number of migrants transiting in Africa. Survey initiatives are also subject to change over time, which hampers the continuity and comparability of the data collected.

Migrant deaths and disappearances in Africa

Black, J. (2021) Maritime migration to Europe: Focus on the route to the Canary Islands. IOM, Geneva.

Black, J. (2020) ‘“No one talks about what it’s really like” – risks faced by migrants in the Sahara Desert’ in Migration in West and North Africa and across the Mediterranean. IOM, Geneva.

Breen, D. (2020) ‘On this journey, no one cares if you live or die’: Abuse, protection, and justice along routes between East and West Africa and Africa’s Mediterranean coast. Mixed Migration Centre and UNHCR, Geneva.

Horwood, C. and A. Malakooti (2014) “From Sub-Saharan Africa through North Africa: Tracking deaths along the way” in Fatal Journeys volume 1: Tracking lives lost during migration. 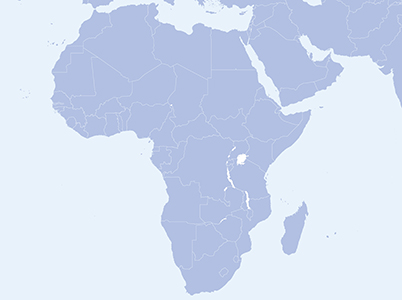 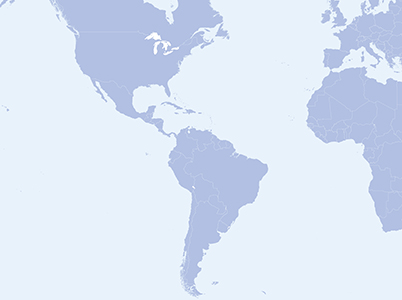 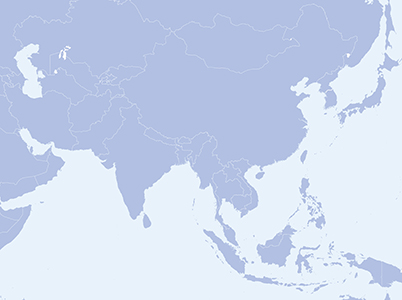 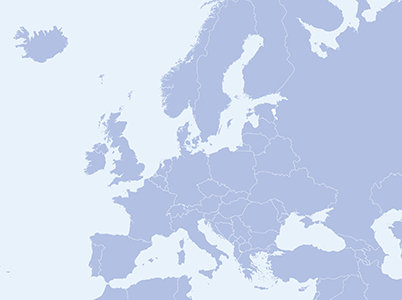 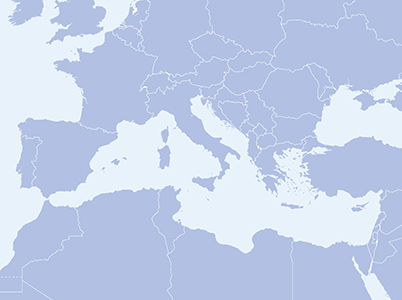 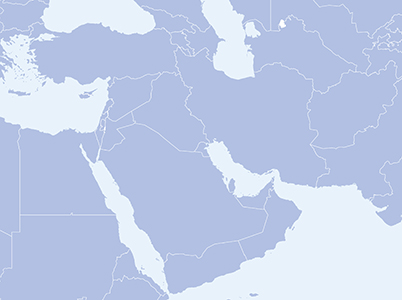